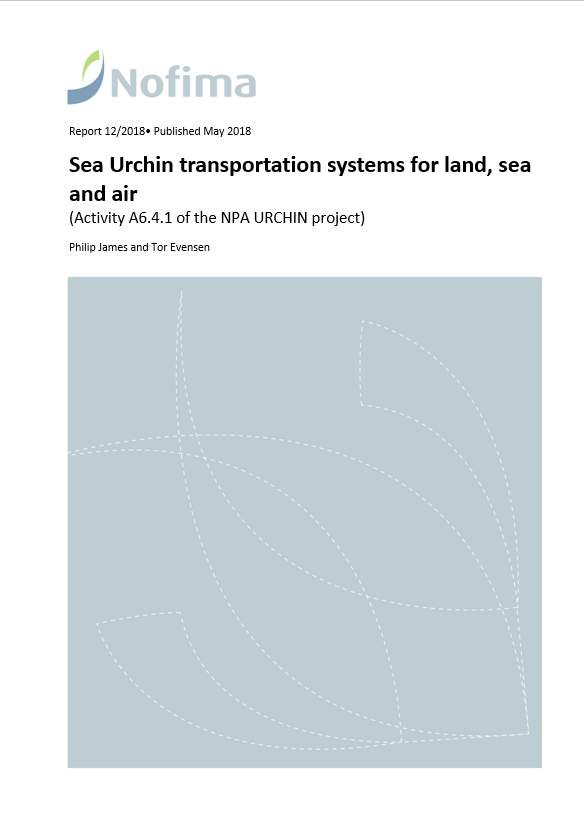 See this link for the full report: Report_12-2018_Sea_Urchin_transportation